Francis Bacon, an English philosopher and statesman, once said these words: “Money is a great servant but a bad master.”

Truer words have never been spoken.

We have heard countless stories about people doing terrible things because they worshiped money. Not that they sacrificed animals on an altar before a stack of coins. It seems like money, to these people, is the only real reason for their existence. It has become the central object of their purpose and meaning in life. It has become a god to them.

Movies that show family members conniving over a wealthy relative’s property and its conveyancing all merely reflect what happens in real life. Where do you think movie makers got the idea from?

Money is, indeed, a root of evil. But it doesn’t have to be that way. If used right, money becomes a very powerful tool that can change lives and make a difference in a positive way.

The question now is, do you have a hold over money or does it hold you?

A few years ago, Australian market research company Roy Morgan conducted a survey involving 2000 Australian households. The survey asked how much people spent on goods and services that weren’t really necessary. It is found that the average adult Australian spent AUD1,226 annually on things they don’t really need which makes for a total of AUD 10.5 billion wasted yearly.

How much material things do you own that are just splurges and not necessities? While it isn’t bad to indulge in some trivial and non-essential stuff, do not let it consume you.

Are you constantly thinking about ways to make more money? Are you taking on two regular jobs and side gigs on the weekend because you need to make as much money as you can? Even to the point of getting sick and compromising your health in a really bad way?

Is money worth sacrificing your health and your sanity? While hustling hard is an admirable trait, it should never put your health at risk. 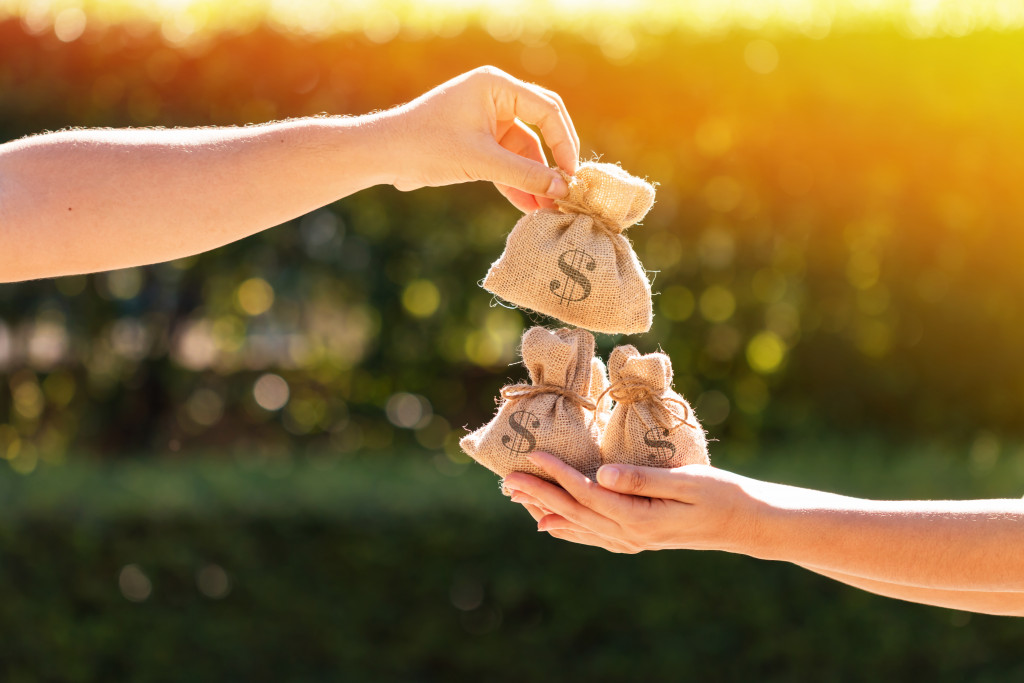 Some say that the true test of whether you love money or not is in how you view giving. The Bible tells the story of how a poor old widow was commended with her meager offering of two copper coins as opposed to those who gave much more than what she had to live on. The difference between them was that everyone else gave out of their wealth but she gave out of her poverty. The perspective matters here. Generosity is giving to the point that it hurts. Everything else is charity.

Now if, say, you do give money away now and then. Perhaps just like the widow, it hurt you to do so. The question now is, are you resentful that you gave your money away? Did you not give with a cheerful disposition? Do you feel awful that for the times that you had to pick up the check after dinner? If you do, you may have to do some self-evaluation and reflection.

Things sometimes turn really ugly when money is concerned. People take shortcuts to get it. We can’t stress enough how most crimes are fueled by the desire to get more money and possessions. Once you stoop down to the level that you cheat on your taxes, cut corners on deals, rip people off, or just pretty much steal money whenever you can, you have become money’s slave.

We all want to have enough money to live comfortably but the lure of getting rich quick is very real to a lot of people to speed up the process. They buy lottery tickets even if the odds of winning the jackpot are very slim, justifying it by saying, “What if?” Others become addicted to gambling in hopes of lucking out every time. They take on risky investments and fall victim to con artists with get-rich-quick schemes, often putting everything they have on it only to be scammed and left with nothing. Money doesn’t come easily. And if you think otherwise, then you’re in deep.

Do you only get your happiness and fulfillment with money and material things? Are you the type that chooses a job with only the paycheck in mind? If you do, then it will be hard for you to find a job that gives you satisfaction and meaning. You will end up restless in your pursuit of money and all it affords. Think about it, when you go see a doctor or a specialist, do you want them to be there just for the money they can milk from you or because they enjoy serving people?

Friends, let money not influence you nor destroy your values. Let it be a tool that you can wield not only to help yourself but to serve others as well. Proper stewardship of money leads to a life that does not in any way find its security in cash and possessions but rather in knowing that you have managed it wisely and masterfully.