According to the International Labour Organization, at least 114 million jobs were lost in 2020 due to the pandemic. Worse, more people went hungry last year. The State of Food and Nutrition in the World 2021 reported that at least 811 million people across experienced hunger due to economic decline.

This global pandemic could have brought out the worst in people. But, to some, tough times like this only bring out the best in them. According to a survey, people have been nicer to each other in light of the pandemic. Respondents say they reached out more to their families and donated more to charity. They also believe that random acts of kindness are contagious.

Here are acts of kindness that sparked the goodness in humanity during this pandemic.

It all started with a bowl of chocolates left by a neighbor in an apartment complex. This inspired Catherine Barrett from Australia. She decided to create a Facebook page entitled “The Kindness Pandemic.” What started as a small social media page became a global platform for kindness. In two weeks, half a million people already joined and initiated kindness campaigns across the world.

The campaigns focus on the vulnerable and the marginalized. These include support for supermarket staff and other front liners, health workers, senior citizens, sick persons, and persons with disabilities.

The network also supports kindness pandemic groups within local communities. As of now, there are already 60 local kindness groups that have spread all over Australia, Europe, the US, and Canada.

This proves how a simple campaign formed thru social media can reach out to as many people. And that no small act is irrelevant. Every little act of kindness inspires other people. The pandemic has seen some of the most inspiring acts of kindness, which sparked movements around the world. Indeed, unity despite difficulties is the true meaning of Catholic social teaching. 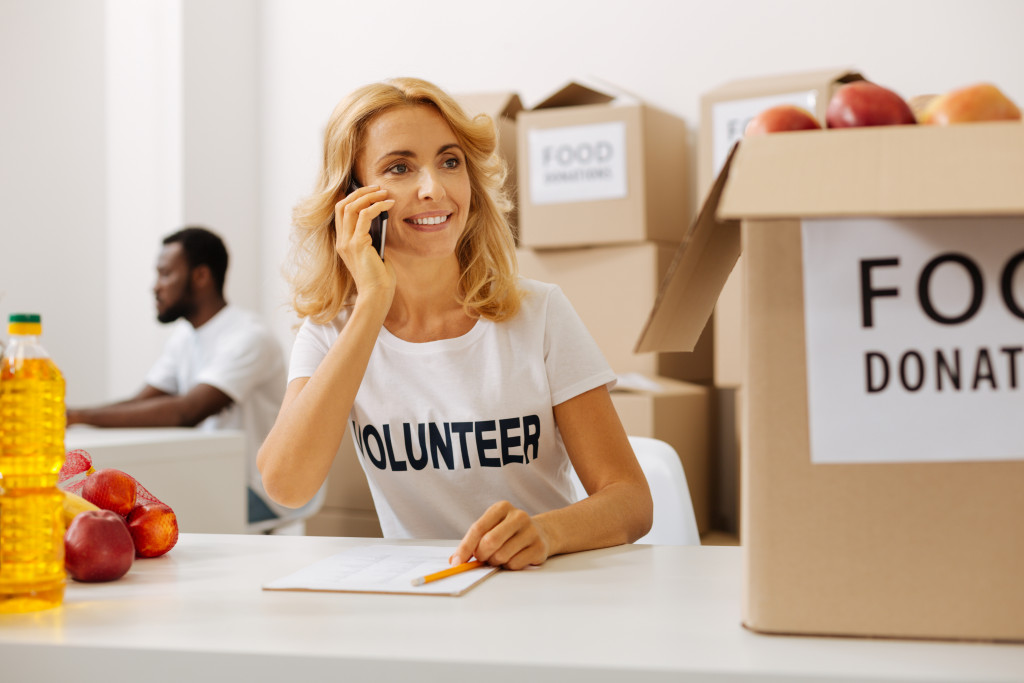 It all started with a small cart with vegetables and other goods, which 26-year-old Patricia Non from the Philippines prepared all by herself. She left it along Maginhawa Street in Quezon City, free for everyone to get and free for everyone to give. In it, she left a note: Magbigay ayon sa kakayahan, kumuha batay sa pangangailangan (Give what you can, take what you need). Since then, it has become known as the Maginhawa Community Pantry.

In just a few days, people did not only line up to get free supplies. People from all over the country donated foods and other goods to the pantry. Not only that. The idea of a community pantry spread like wildfire across the country. Communities started setting up their pantries for people affected by the pandemic. Some even set up their pantry outside their homes.

The pantries have also evolved. From food pantries, there are now coin pantries, animal pantries, health worker pantries, and others intended for front liners.

The movement started in 2013. It was after the acquittal of George Zimmerman in the death of Trayvon Martin, an African-American. Last year, the death of George Floyd in the hands of police officer Derek Chauvin once again ignited protests. Floyd begged for his life as Chauvin kneeled on his neck, with other officers gripping legs and arms.

His death sparked a global movement. Thousands of protesters called against racism. People trooped to the streets despite the pandemic and held demonstrations. Not only that. The Black Lives Matter Foundation raised more than $90 million in support of the movement last year. Even celebrities from all around the globe supported the movement in donations.

Even the donations created a ripple effect. Global superstars BTS, for example, donated $1 million to the movement. Within 24 hours, its fandom Army matched BTS’s donation and raised more than $1 million as well.

This unity in kindness only proves that there is still kindness in humanity. It shows how despite the struggles, compassion remains. It shows how little acts of kindness can spark a global kindness movement. This proves that people are willing to give even when they are lacking. Now, the world is slowly trying to recover, and people’s lives are starting to improve. May the new normal continue with random acts of kindness brought about by this pandemic.