While gift-giving is a tradition common in most countries, there are different traditions and superstitions associated with it. A commonly given item in your country may be taken as offensive in another.

The tradition dates from way back in time when subordinates would offer tributes to their rulers. We have read of it even in Greek mythology, the most infamous gift being the Trojan horse that had put the receivers to a disadvantage and caused their downfall. We also have read about gifts as symbols of favors from the gods, and in historical references, favors from rulers.

Today, gifts are generally symbols of appreciation and gratitude between two people. But as they are given in societies with different histories, items that are being given could carry with them deeper meanings. Here are some beliefs from around the world that you have to consider when giving gifts.

In medieval times, ladies giving gifts to knights had been seen as a favor. Today, it’s still perfectly ok to give out handkerchiefs as a gift in many countries, monogrammed ones being a popular choice.

However, you must be wary if you are planning to gift it to someone who believes in Feng shui. In Feng shui, handkerchiefs are associated with crying. So those who believe in it might take the gesture that you are wishing them unhappiness and pain.

Personalized knives are quite popular as gifts, and are also used as tokens for groomsmen and anniversaries. But interestingly, in some countries, the knife is given with a coin attached to it and the receiver must pay the coin back to the giver to make it seem like it was bought.

Putting money in a wallet

It’s not just for a wallet, but for any gift whose purpose is containing money, like a piggy bank or money clip, the giver normally includes some money. It is said to be good luck, that the item will never run out of money. Whether the money that came with the gift should be spent or not, it varies widely. Some say it should not be spent and should just be kept while others say that it should immediately be spent.

You wouldn’t think that gift sets, like a set of ties or maybe a tea set, would also carry with them some superstitions. Well, giving a set itself is not associated with beliefs. What you should be careful of is the number of items in the set.

In the USA and perhaps in many Western countries, a 13-piece set is considered bad luck. In China, four is an unlucky number as in the Chinese languages, the characters for four, and death are read the same way. The superstition in numbers doesn’t always matter in gift sets as people receiving them don’t normally painstakingly count the items inside. But it is still a good decision to be careful lest your good intentions would be misinterpreted. 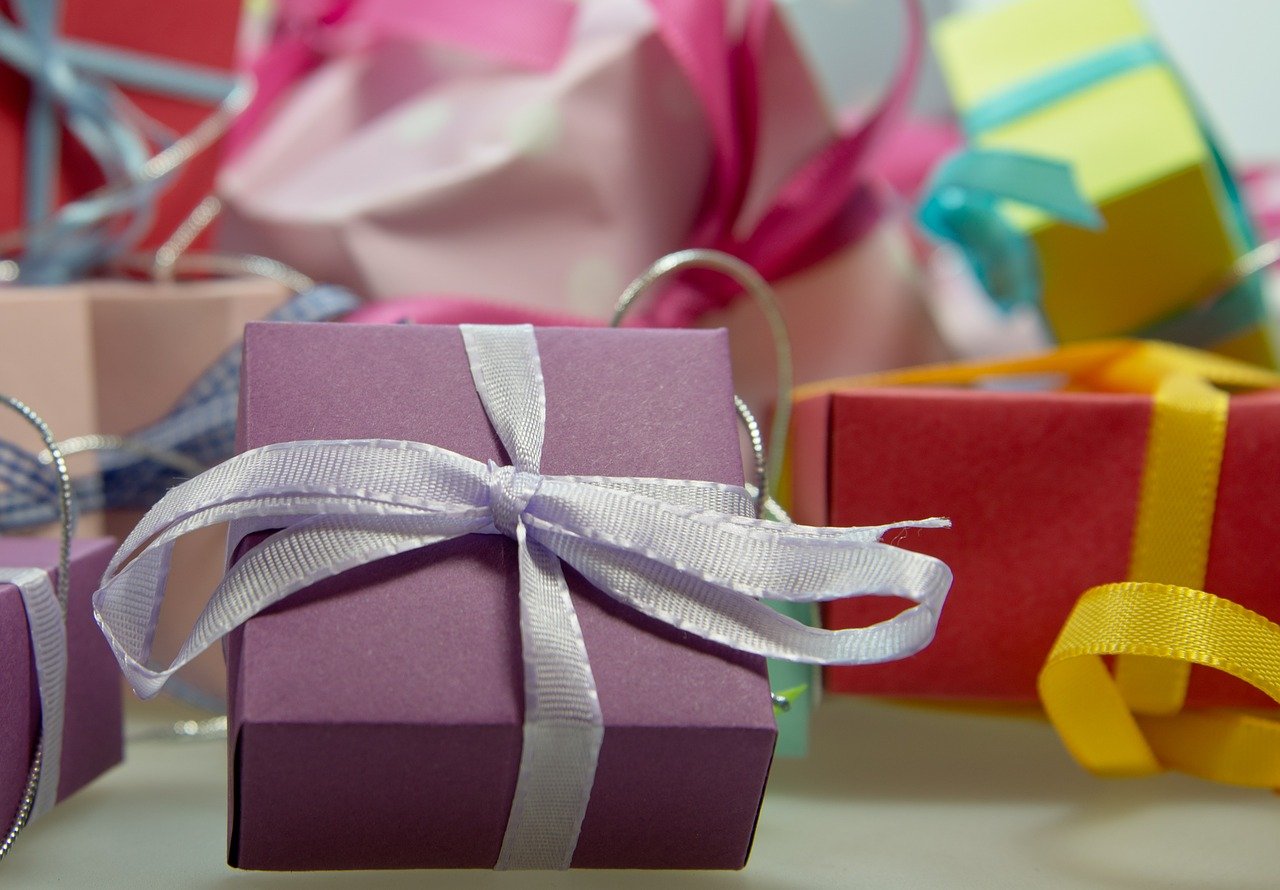 The language of flowers

Flowers are common gifts given on birthdays, holidays, anniversaries, and other small celebrations. But few people know the language of flowers. The language of flowers is not something to understand easily. Giving a rose, for example, surprisingly could take on different meanings depending on its color. Red is the most commonly given for love, while yellow is for friendship. White roses denote innocence while the coral rose means the receiver is desired by the giver. But then, in some groups, rose is also shunned as gifts because of the thorns that accompany the beautiful flowers.

Another confusing flower is the carnation. To some, carnation symbolizes mourning and endless grief. In other countries, it is a symbol of the labor movement. And in others, they interpret it according to the flower’s colors such as pink for filial love and yellow for rejection.

Similar to flowers, gemstones also have varied meanings. The safest gemstone gifts would be the birthstone of the receiver. Opal, for example, could only be accepted as a gift if it is given to someone born in October. Otherwise, Opal is considered a harbinger of bad luck. Emerald and jade are popular as protection from evil intentions.

Whatever the gift had been, the most rational thing is it is no longer yours and is now the property of the recipient. In almost all cultures, taking back a gift is not good for both parties concerned. Logically, it is not just a matter of bad luck but it is also very insulting. In some countries, there are laws against taking back a gift. It is not that surprising considering that gifts among family members could constitute properties.

The giving of gifts, for whatever intentions, is a voluntary act of goodwill. So unless you are intentionally placing a curse or an insult on the recipient, be mindful of what you are giving.