As the world settles into a “new normal,” with wearing a mask and keeping your distance from others becoming a regular part of people’s lives, different countries’ governments are also slowly bringing back activities and events that would typically happen during this time. For most parts of the world, this means starting the new academic year.

Reopening schools is a challenge since pretty much every surface in a building is exposed to people, making frequently-touched surfaces, such as doors, desks, and chairs, a high risk for coronavirus transmission.

What’s more, social distancing measures require there to be at least six feet of space between two people to prevent the possible transmission of droplets from talking, coughing, or sneezing. But most classrooms, at least those in the U.S., aren’t big enough to keep tables and chairs six feet away from each other and still accommodate every student in a class. This is why some teachers are fearful for their and their students’ health once schools reopen for the fall semester.

How Did Other Countries Do It? 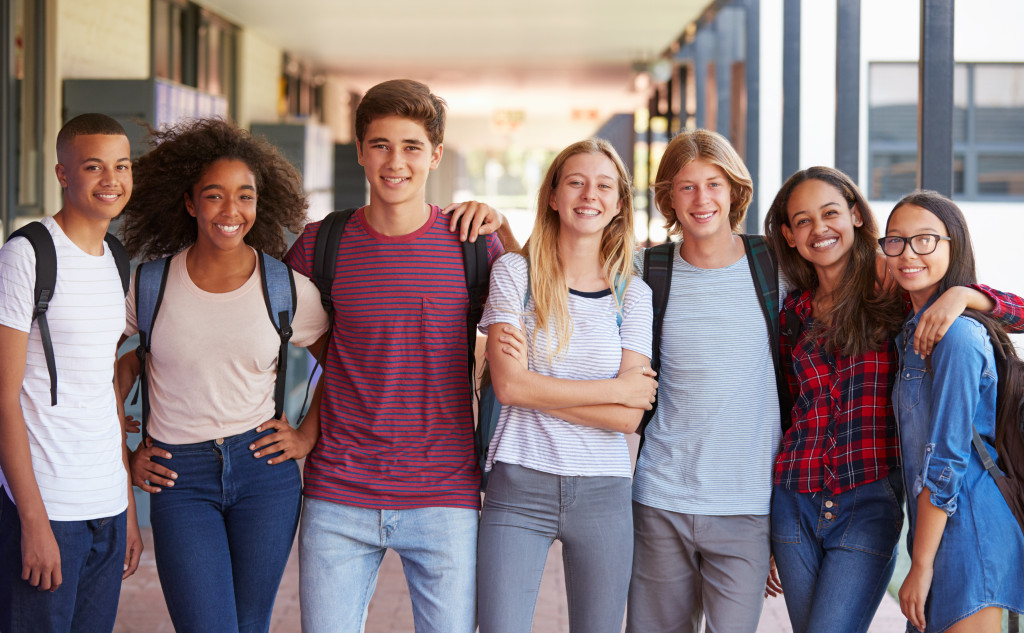 Despite the ongoing pandemic, though, a lot of European and Asian countries have reopened schools. While some saw a spike in coronavirus cases afterward, a lot of school reopening events were successful in preventing the spread of COVID-19.

Here are some countries that did it right:

In the Australian states of New South Wales and Victoria, schools welcomed students back for face-to-face classes in May. To lower the risk of COVID-19 transmission, only higher-level students were asked to go and they were attending in-person courses once a week. Some schools held classes in a gymnasium to observe physical distancing, while classes held in traditional classrooms only allowed between 10 and 15 students. What’s more, arrival and departure times, as well as lunchtimes, were staggered to prevent the formation of crowds.

After only two months of closing, schools in Singapore reopened in June. Like Australia, educational facilities in Singapore, including IB schools, observed staggered recess times and implemented social distancing measures in common areas. The wearing of face masks and having temperature checks were also mandatory. If a student is found to be a carrier of the virus, other students that they share classes with will be moved to home-based courses. Though Singapore remains as the third Southeast Asian country with the most COVID-19 cases, the cases are significantly lower than the top two and didn’t see a spike when schools reopened in June

One of the countries that opened its schools the earliest is The Netherlands. Early in May, elementary schools reopened, with the older students expected to follow in August. To reduce the risk of getting sprayed with droplets from other people, Dutch schools put clear plastic shields around students’ desks. They also placed hand sanitizer dispensers at every classroom door to encourage pupils to disinfect their hands regularly.

Plenty of other countries across the globe, including Uruguay in South America and Japan in Asia, have managed to continue in-person classes without it significantly affecting their students or the schools’ staff. And while it might not be completely safe, schools that are planning to reopen must have a sound plan in place to ensure their population is protected.