It is the local government’s duty to make the community safer. However, members of the community also play a big role in improving the safety and security of their neighbourhoods. That said, here are several solutions that communities can use to make themselves safer for everyone.

Commercial CCTV security systems not only help businesses secure their establishments and prevent losses but also make a neighbourhood less attractive to potential criminals. When burglars or robbers see almost all businesses having their own security cameras, they are less likely to take their chances knowing that there is a camera in almost every spot.

Although CCTV systems are not enough to stop crime, they serve as a great deterrent. Furthermore, they make it easier for local authorities to nab assailants after they commit a crime.

A neighbourhood watch, also known as a neighbourhood crime watch, is a group of civilian volunteers who dedicate their free time to preventing vandalism and theft from occurring in the neighbourhood. They also help get authorities on the scene immediately if they witness more serious crimes, such as assault or kidnapping.

Having such an organisation within the neighbourhood can help make people feel more at ease. More importantly, a neighbourhood watch is a great deterrent for criminals trying to look for a chance to strike.

The community as a whole needs to work together to improve safety for every citizen. Holding community safety efforts is a great way to do this. For example, community leaders can organise events such as education sessions for home security, self-defence training for civilians, and open forums to exchange ideas on improving the community’s safety.

Apart from the main objective of increasing safety within the community, these events can also help bring people closer to each other. And with better relationships between neighbours, there are more chances of people helping out each other in times of need, especially during emergencies. 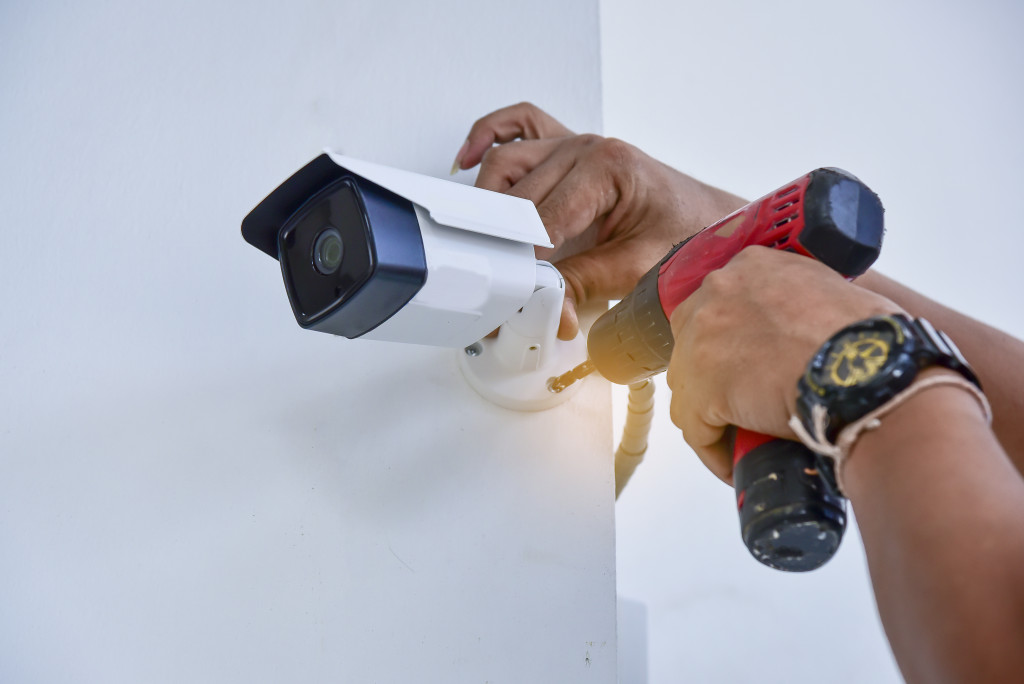 Homeowners can do their part in increasing the safety of the community by placing security cameras outside their homes. Aside from protecting their own home, having security cameras that point toward the street can help deter criminals and capture any illegal activity that happens to occur in front of their residence.

Furthermore, outdoor security cameras can serve as infallible evidence against crimes committed in the neighbourhood. For example, if a vehicle kidnaps a child off the street and a homeowner’s security camera can capture it, local authorities will have an easier time finding the culprit—which can sometimes mean the difference between life and death.

Improving lighting on the streets

Proper and adequate illumination is imperative to neighbourhood safety. Most criminals are hesitant to do illegal activities when the streetlights can easily illuminate them at night. In that sense, lighting is a great deterrent against criminal activity in and of itself. But more than that, having a lot of illumination on the streets can help make civilians walking outside at night feel much safer.

If children are playing outside, a responsible adult should be watching them at all times—regardless of the relative safety of the neighbourhood. Even areas that are “deemed” safe are not immune to kidnappings, and unsupervised children can vanish instantly.

To prevent such a tragic event, neighbours must take it upon themselves to watch children when they are playing outside, even if they are not their own kids. Parents can also take turns supervising children playing outside their homes. But to be safer, it is highly advisable to allow children to only play in fenced-in backyards or each other’s homes.

When homeowners install home security systems, reinforce locks, and perform other security measures for their homes, they likely only have their own family’s safety in mind. But by increasing their home’s security, they inadvertently help improve the neighbourhood’s security as well. Why? Because criminals are always on the lookout for easy targets. If they see that homes in a particular neighbourhood are well-secured, they are unlikely to spend a lot of time looking for a target within that neighbourhood.

Community members have the responsibility of not only protecting their own safety—but the safety of their neighbours as well. Following the solutions mentioned above can help them accomplish that. And aside from improving security, other positive changes can also occur, such as better property values, a healthier local economy, and more development projects in the community.