Climate change is altering the weather in many parts of Europe. According to an article published in December 2020 in The Lancet, there have been more frequent and more intense extreme heat events with worsening durations in Europe in the previous decades. There has been less rainfall in countries of southern Europe while heavy rainfall and floods increased in frequency in other areas.

According to EuroNews.Green, the Copernicus Climate Change Service’s data shows that the temperature in April 2020 tied with that in April 2016 as the hottest April yet, at 1.3 degrees Centigrade higher than the average in pre-industrial times. In several countries across Europe, including Germany and the United Kingdom, there was up to two times the normal level of sunshine, also a record-breaker. On the other hand, there was more rain than usual in the Iberian region.

Changes in the weather affect the spread of disease-carrying vectors across various parts of Europe. ScienceDaily defines vectors as organisms that are not causes of diseases by themselves but are pathogen carriers that spread the infection among various hosts. For instance, a vector that bites a host with a certain disease becomes a carrier that infects the next person it bites.

Changes in climate such as a higher temperature or more rainfall create environments that are hospitable to vectors. For instance, the West Nile virus (WNV) is transmitted by mosquitoes, and the extreme heat in eastern and southern Europe caused first-time outbreaks in 2010. Since then, up to 2020, outbreaks of WVN have occurred in several eastern and southern European countries every summer. This has spread to Germany in the northern area of Europe recently, showing that WNV is in the process of becoming endemic in Europe.

In certain places, though, such as in Romania’s Danube Delta, conditions of drought decreased the rate of infection from mosquitoes. In the northern part of Italy, heavy rainfall increased the incidence of WNV infection. 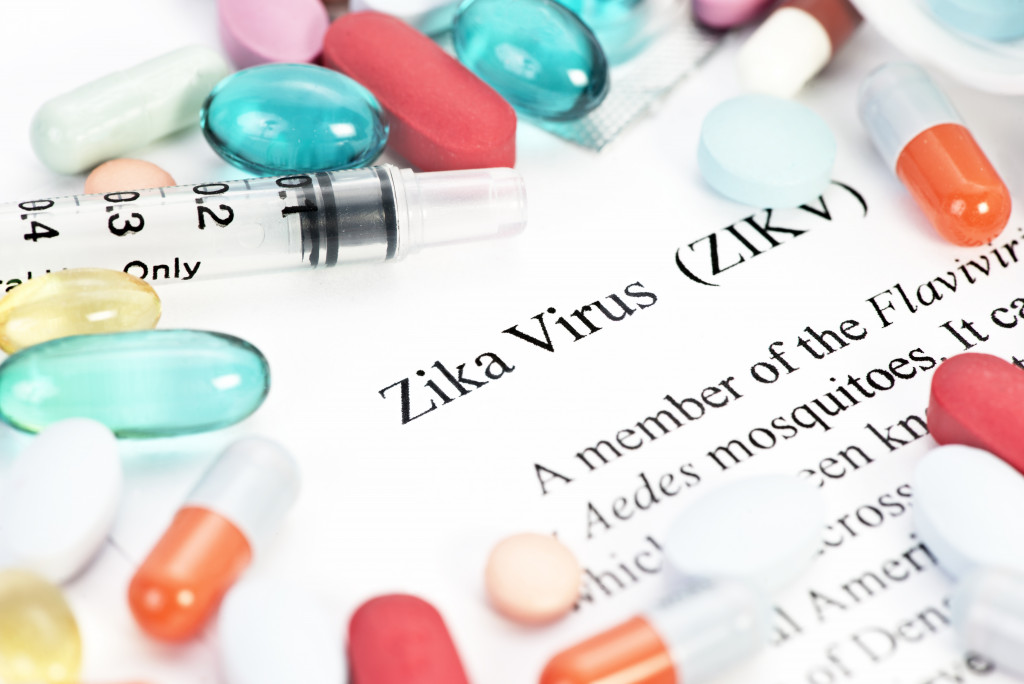 In addition to WVN, Aedes albopictus, or the tiger mosquito, and Aedes aegypti mosquitoes are primary vectors in transmitting Zika, chikungunya, and dengue. The current climate in western and southern Europe is hospitable to these mosquito variants; hence, they move there from their native Southeast Asia. The tiger mosquito is now found in several European river and coastal areas. Copernicus states that the tiger mosquito flourishes at 20 to 25 degrees Centigrade and can survive through winter temperatures above three degrees Centigrade.

Dengue and chikungunya infections were already observed among Europeans, with the tiger mosquito often found in Rome and Bologna, among other cities. Zika was detected in the south of France for the first time in 2019, but those who had the disease did not previously travel to any country endemic with Zika. This supports the hypothesis that Zika-carrying mosquitoes now inhabit the region.

Dengue can develop into severe dengue that can be fatal due to severe bleeding and other complications, including organ impairment. There is no specific treatment yet, and it is one of the foremost causes of death in certain Latin American and Asian countries.

Chikungunya results in fever, headache, nausea, fatigue, rashes, muscle pain, and severe joint swelling. It varies in duration and is usually debilitating, with sufferers assuming a stooped contorted posture. There is still no cure, and treatments only relieve the symptoms.

Zika produces mild symptoms such as fever, pain in the joints and muscles, headache, malaise, rashes, and conjunctivitis. Most do not experience these symptoms. It can, however, lead to complications like the Guillain-Barre syndrome, myelitis, or neuropathy. Guillain-Barre syndrome results in pain, a weakness that progresses, and damaged nerves. Myelitis is spinal cord inflammation, while neuropathy means nerve damage outside the brain and the spinal cord. Furthermore, if a pregnant woman gets Zika, it can result in miscarriage, preterm birth, or congenital problems with the baby.

Forecasts predict temperatures in Europe to continue to rise, creating heat waves more frequently, but at the same time, there will be intense heavy rainstorms more often, resulting in floods. Experts project that WNV infections will spread further. There will also be larger populations of Ae. Aegypti and tiger mosquitoes. Having a mosquito trap of high quality at home will be greatly beneficial.

Apart from mosquitoes, the Vibrio bacteria multiply when the waters get warmer in Baltic countries. It can cause ear infections, gastroenteritis, and even fatal blood poisoning. The European Centre for Disease Prevention and Control (ECDC) alerts the population when the risk from the bacteria gets too high.

Another climate change phenomenon in the northern part of Europe consists of milder winters. Because of this, ticks can now survive through winter and spread in the area. The Ixodes Ricinus tick carries and spreads many pathogens such as tick-borne encephalitis that can result in paralysis, and Lyme borreliosis can affect the joints, nervous system, and heart.

It is important for communities to be aware of these dangers and adequately protect themselves from vector-borne and parasitic diseases. Special protection is necessary for more vulnerable individuals such as elder people, younger children, and people who have chronic diseases. People who do not live in air-conditioned or fully screened houses are also more likely to suffer bites from disease-carrying insects.